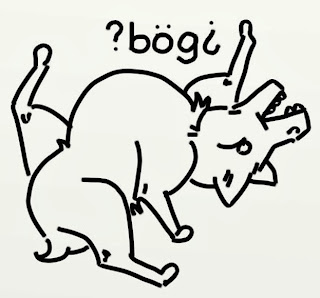 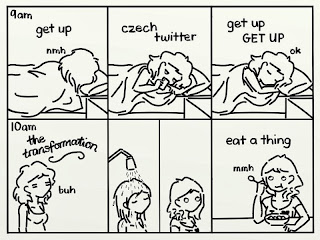 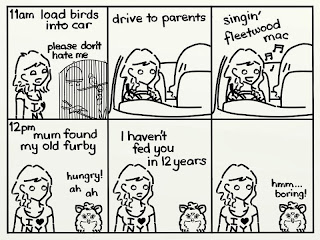 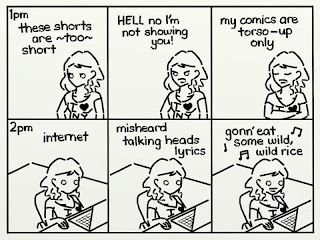 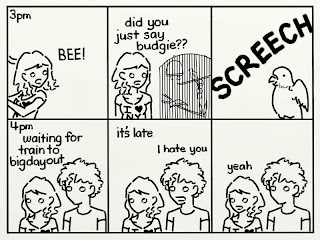 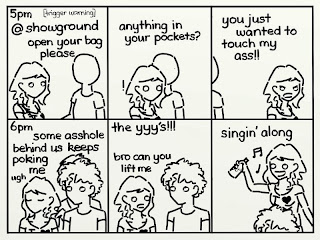 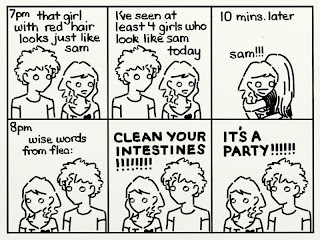 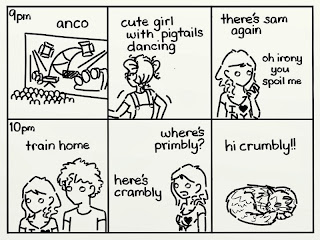 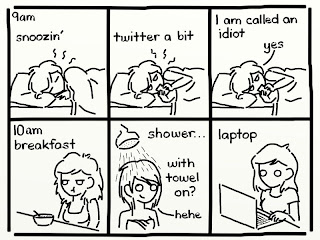 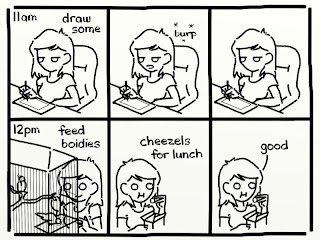 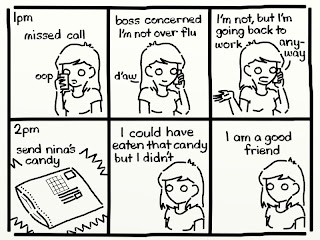 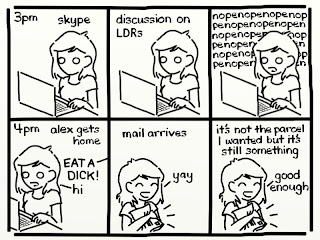 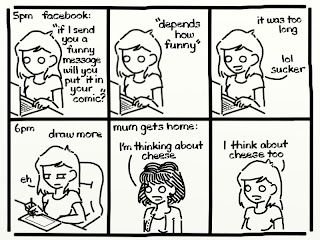 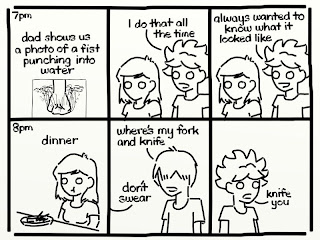 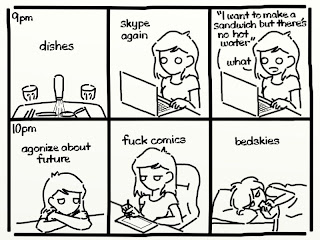 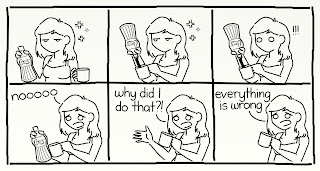 Here are some cats barfing I hope you like them 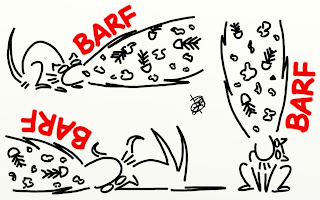 Here is a comic you probably won't "get" unless you are my brother. (or me)
Posted by Nei at 7:32 PM No comments:

What are you even doing here, this hasn't been updated in what, six months?
Oh wait I'm updating it now. Huh.
In short: I have a full time teaching gig now, I'm possibly going back to London in July and I just ate half a wheel of cheese.
I might make another new comic over the Easter break but don't hold me to that.
Posted by Nei at 5:26 PM No comments: 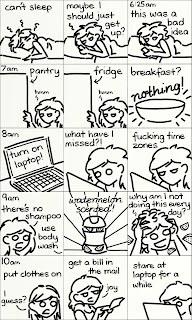 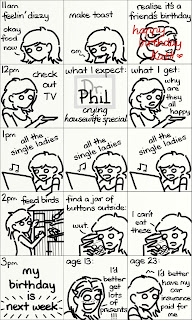 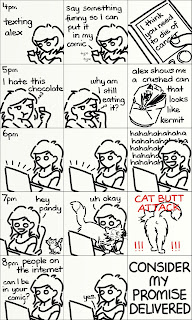 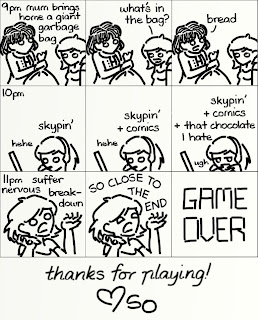 He was actually busy eating the Christmas tree.

Hey guys! I am actually pretty sorry about the whole no-updates-for-three-months thing but I suddenly landed some work! Some pretty intense, full time, I-have-never-been-so-exhausted-my-feet-are-swollen work.
But you do have something to look forward to! Every year I participate in Hourly Comics Day (February 1st) so even if this clog lies stagnant well into the new year, you can definitely count on some things happening on that date.
Posted by Nei at 7:35 PM No comments:


Unless you want to read my furious venting about how substitute teaching is like 6 hours of yelling and death stare practice.
Posted by Nei at 6:00 PM 2 comments:

It was at this point that I began to doubt whether this song really existed.

Aww yeahhh, time to dump some phresh brainz up in this bitch.
First and foremost, I might have a semi-reliable job! Starting Monday next week I'll be on a two-day relief teaching trial, taking over from a teacher who has recently injured her leg. The school isn't sure she will be able to return to work anytime soon, so this is my big chance to make an impression. If the school thinks I am capable, I'll be taking her class on a 0.8 load until the end of this term, aka Mondays, Tuesdays, Thursdays and Fridays!
There is a downside to this. Thierry arrives here on the 31st and is staying until the end of September. If the teacher cannot return to work before then and I am asked to assume a 0.8 teaching load, I won't be able to spend much time with him. To be fair, whenever I have visited him in Switzerland in the past, he has been working full time as well, so it might show him what it's like to be left alone at home all day. But there are other things I want to do in September as well such as go to Phuket, but this job will provide me with the funding to make that happen, so it's a real catch-22.
In other news, Rhubarb is doing really well! She's put on a bit of weight and isn't nearly as scrawny as she was when she first arrived. She has also started to click for our attention (kangaroos make clicking sounds to communicate with their mob) which is ADORABLE. You could be leaving the room for five seconds and she'll click like a broken pair of chattering teeth. We're hoping we can hold on to her for a few days after her owners return from overseas - that way Thierry can meet her before she goes home. I'll be sad to see her go!
I mean, I'll be sad, but I won't cry or anything. <_<"
Posted by Nei at 10:20 PM No comments:

He's the next best thing to Elvis

And yet you are more than willing to spend $15 to find out.

Would you believe it, this is my 40th thing that happened. I'd give myself a pat on the shoulder if my arms weren't so goddamn weak from drawing.
I didn't think I would make this many when I started out! It was more of a hobby, something I'd scribble out between lodging job applications. Be thankful the graduate job market has crashed, my friends! Otherwise this comic/blog might not have been as bountiful. You know what, I'm sick of saying comic blog, I'm calling it a clog from now on. I do enjoy shoes and Dutch people.
If it isn't August already! That's more than halfway through the year! At the beginning of 2010 I was shit scared of having to start my teaching internship. I pretty much thought that venture in itself would consume most of my year. But it didn't, and now I find myself waking up at two in the afternoon and eating licorice for breakfast. It's a pretty sweet life, but it's also a very broke one. The school which I was doing relief for still hasn't paid me for my work and I have no idea when or even if that paycheck will arrive.
It helps that I don't need much at this point in time, but I will need to pay off my car registration sometime this month as well as renew my passport and save for a possible trip to Phuket in September. THAILAND, BITCHES! I'm pretty excited about that, but again, it's all an issue of funding. Not to mention that in order to have my passport renewed I need to find my birth certificate, which has conveniently gone missing. Conclusive proof I am adopted? Perhaps.
Also, I apologise for the scarcity of comics over the past two weeks. Believe it or not, sometimes there are days where things simply do not happen! And I would rather provide you with quality, authentic comic material than churn out three panels of me staring at a laptop screen.
Or would I?
Posted by Nei at 9:23 PM 1 comment:

Ergo, we all get along just fine.

Not to mention Christmas.

Congrats to my boyfriend Thierry who finished his apprenticeship this week!

Baby Rhubarb is a handful and a half. Did you know kangaroos fart while they pee?
Me and Alex saw and met Black Rebel Motorcycle Club. Best gig I think I've ever been to. I now have a major crush on Robert Levon Been.
I was also interviewed for a possible spot on the show Insight. They wanted to know about my experiences being in a long distance relationship.
I am still looking for a job. Haven't heard back about the position I applied for either.
Posted by Nei at 9:03 PM No comments:

A whole new meaning to "get off".

HAVE A FUCKING COMIC. 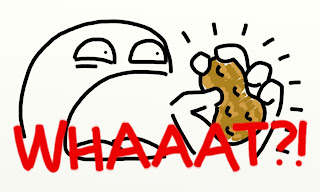 So I've had a bit of a busy week.
Tried my hand at relief teaching for the first time on Tuesday, and oh boy, was that an experience in itself. I really feel for substitute teachers. Imagine being woken by a 6am phonecall, jumping in the shower and throwing on some clothes, trying to find your way to a school you've never taught in before, with no idea what year group you're going to teach, let alone what subjects you're expected to be teaching that day. You walk in empty handed and the plans of the day are thrust upon you with ten minutes left before the school day begins. That's a little taste of substitute life.
Substitute teaching isn't so bad if you're placed with a reasonably well behaved class, but get stuck with a volatile class and it wreaks havoc on your confidence. Students who don't respect you or follow your instructions can leave your lesson in tatters. I'd like to think I'm a reasonably friendly and fair teacher, but often students don't recognise these qualities until you've forged a working relationship with them, and that is near impossible to establish in the space of one day. I don't mind doing relief work for now, but I would much rather teach one class in one school, even if that meant taking a full time position.
Other than that, exciting news! We will be taking care of a baby kangaroo for the next month while its owner is on holiday. You can probably bet on little Rhubarb making a cameo in my comics sometime in the future. Marsupials are ripe for comedy, right?
Posted by Nei at 9:53 PM No comments:

And rum, and baileys, and midori, and galliano...

You can cook dinner now? I always thought it just appeared on the dining table.

No comic today, so here's a picture of a cat making a brap noise. 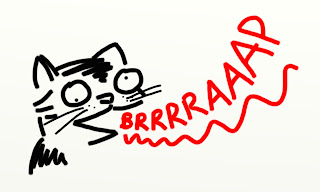 Back in my day, we carried portable analog time-telling devices ON OUR WRISTS.

Nei
Writes about things that happen. Is a webcomic writer who can't write webcomics.